Euro 2016 is winding down and what have we learned? Hooliganism is alive and well; the Irish have the best fans; England can always be counted on to underperform; and the French are back in business.

Looking past the headlines, though, the tournament has also offered a number of important lessons for the job hunt.

A strategy can give you the edge

Italy were widely praised for their tactics, which stifled opponent’s offence. To beat them, German coach Joachim Löw (he of the armpit, arse sniffing, and nose picking fame) copied the Italian formation, matching tactics note-for-note to give his more talented squad the advantage.

Tactics and planning can be equally beneficial in the job hunt. Think of the process as a game of two halves involving the resume and the interview. Once you’ve written a resume that makes you look like a dynamic, saintly perfectionist, you can then focus on perfecting your interview game.  Are you making the best possible first impression? Some people have the gift of gab and can wing it. Others can’t. Why take the chance?

To get your started, here are 7 of the most successful recent job search strategies.

Remember, though, strategies are great, but you need to be flexible. If you find yourself in a rut during your job search, try sending your resume a different way or changing relevant keywords on your resume. You never know the difference subtle changes can make.

Iceland were the real winners of Euro 2016. The team marauded onto the scene, chanting Viking war chants like drunken village invaders.

Many were quick to join the Iceland bandwagon, but what happens if you’re not into war chants? What if you’re a peace-loving land dweller with a fear of Vikings (they’re hairy)?

When looking for a new job or company, finding the right culture can be just as important as getting the best salary and benefits package. Are you an introvert that breaks out into hives at parties? You might want to pass on the company with a beer sponsorship and nightly happy hours.

Look at employer reviews and corporate social media profiles, but also reach out to current employees. Speaking to people directly will give you a good sense of the company’s culture, expectations, and work-life balance. For a head start, here are some of Canada’s best places to work for in 2016.

Seek out leaders (and mentors)

When the Italian national team was selected, it was called the worst the country had ever sent to a tournament. Coach Antonio Conte chose work ethic over skill, and then drilled players into a tightly knit war machine. The result? Italy surprised many by beating Belgium and Spain, with Conte inspiring fierce loyalty in his players.

“We will treasure all he gave us,” midfielder Federico Bernardeschi said about Conte, explaining that the experience had made him a better player.

The lesson? Passionate, knowledgeable leaders can be a source of inspiration and learning, pushing you out of your comfort zone to something greater.

How do you find these people? Start by seeking out influencers and thought leaders in your field and look for ways to engage with them. Are there job openings at their company? Are they speaking at a conference? You can also use these tips on finding an amazing mentor.

The grass is (often) greener…

According to research by NetBet, Euro 2016 was one of the most diverse tournaments in history, with 166 of the 552 players having roots outside the nation they represented. In other words, nearly a third of the players at Euro 2016 chose to play for one country over another.

Feelings of nationalism are a personal matter, but in many cases, the choice may have come down to a simple question: what’s better for my career?

The lesson? Don’t be afraid to look outside your home city or province. Your heart may always be in Vancouver, but your career prospects shouldn’t be limited by geography.

Wales. Iceland. Northern Ireland. Croatia. Apart from a love of the potato, these small countries have something else in common: they’ve all committed to long-term youth training. Iceland has actually established a national player and coaching development program that trains people of all ages in heated, indoor “football houses,” 11 months of the year. 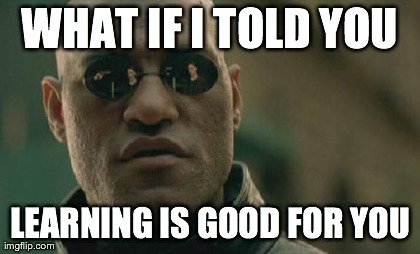 No matter where you are in your career path, skills training should be an ongoing process, one that will increase your value on the job market. Take advantage of training opportunities through your current employer, and when looking to move to a new company, find out what they can offer. For more, take a look at some of the most important skills for Canadian job seekers.

What else have we learned from Euro 2016?